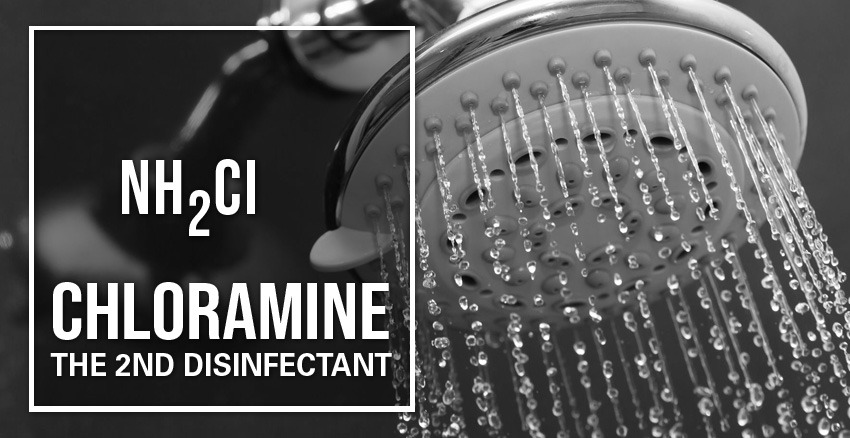 Understand What’s In Your Water

For most of us, chlorine is a common household name. We understand its purpose and its use, including its advantages as a main disinfecting agent in our public water systems. But, what most of us don’t realize is that chlorine has a counterpart, chloramine, that may actually be used in our water supply. This second disinfection agent is becoming more common, and it’s used for most of the same purposes. It’s also considered safer when it’s used accordingly.

Chloramine is an inorganic compound created by combining free chlorine, typically found in municipal water supplies, with ammonia. It’s not commercially available and must be generated onsite at water treatment facilities. Chloramine has been used as a disinfecting agent in the United States since the early 1900s, and usage quickly climbed by a rate of 16% into the 1930s. And, this is increasing rapidly. Approximately 25% of water utility companies nationwide use chloramine for disinfection today.

So, what are the advantages of using chloramine?

With the advantages come striking disadvantages.

Since the discovery of DPBs in the 1970s, comprehensive regulations have been placed on municipalities to monitor disinfection chemicals while moving throughout the entire water distribution process. Chloramine has grown in part for this reason. Unfortunately, up until recent days, some municipalities didn’t understand the corrosive power of chloramine.

In February of 2004, residents of the Washington D.C. area learned that high levels of lead were detected in their water supply. Readings were so elevated it was suggested that residents might be able to taste the lead in the water. In an attempt to determine why the lead levels were so high, several water corrosion experts pointed to a change in water treatment by the Washington Aqueduct. To comply with a 1998 EPA Disinfection By-Products Rule (DBR), in November 2000, the Aqueduct began adding ammonia to chlorine to form chloramines. According to the EPA, the change reduced levels of chlorinated disinfection by-products by an average of 47%. But, corrosion scientists suggested that the chloramines increased the corrosivity of the area’s water, resulting in lead being leached from water pipes and into the supply.

Lessons are being learned.

Yes, chloramine has its benefits, but there are still risks. In most communities, water companies are monitoring to prevent any concern and to provide safe water. But some people are still more sensitive to the chemicals being used, or they have health conditions that make them more susceptible to the risk – specifically because of the chloramine use.

Chloramine has been a cause for concern for the following health:

And it’s become a concern for people with the following health conditions:

Learn more and get additional information by visiting the CDC >

Not sure your water utility company uses chlorine or chloramine? Contact them, or you may also find out by having your water tested. If you are concerned about chloramine residuals that remain in your public water supply, there are filters available to help reduce the risk. Like chlorine, chloramine can be removed. Unlike chlorine, chloramine is a relatively stable molecule. It requires a more reactive media and lengthier time for effective removal. Luckily there are several types of filters available today for whole-home or point-of-use, including shower filters to protect skin and hair, countertop filters for drinking water, and under the counter systems. Just be careful, not all filters are made for the various contaminants.

The Next Generation Solution.

At Gordon Brothers Water we are excited to offer Kinetico’s Chloraban carbon filtering system. Its hollow-core carbons (HCCs) offer the next generation of highly effective filters that remove volatile organic compounds (VOCs) such as chloroform, and other disinfection by-products like trihalomethanes, in addition to the chloramine residuals.

Call Gordon Bros. today at (330) 337-8754 or (800) 331-7611 toll free and take the first step by scheduling a free water analysis to understand your specific concerns and to learn more about Chloraban and get a free estimate. You can also visit Home Depot and talk with one of our water specialists on site and schedule your appointment in person. For Home Depot locations, dates, and times check our Facebook page www.facebook.com/gordonbroswater or the website www.gordonbroswater.com/events. We look forward to meeting you.