What You Need to Know About Chromium-6 in Drinking Water 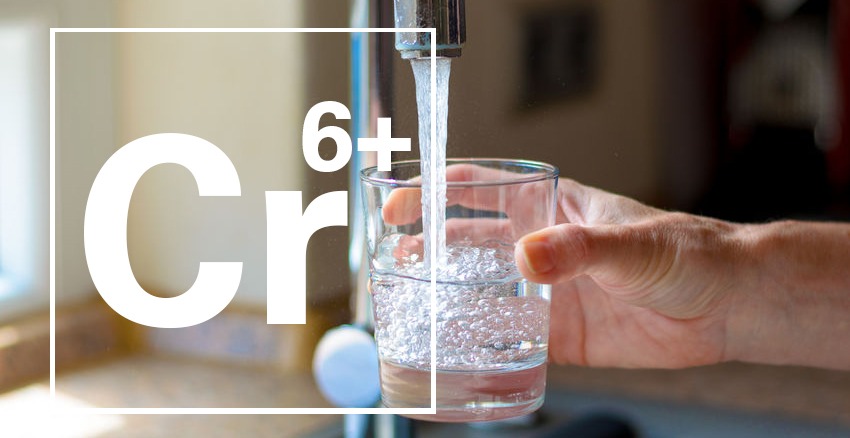 Get The Chromium-6 FAQs

In recent months, you may have heard a lot about Chromium-6 in drinking water, but how does this news affect you and your family? Gordon Brothers has complied this list of the most frequently asked questions to help you stay informed about what’s in your water.

A: Chromium is an odorless and tasteless metallic element. It is found across nature, and it often takes one of two common forms.

The first is Chromium-3, which is essential to the human diet. Chromium-3 is found in fruits, vegetables, meat and grain.

Chromium-6 can occur naturally, often because of erosion, but it can also be produced by industrial processes. Chromium-6 can be released into the environment by poor storage or disposal of industrial waste.

A: Chromium-6 is widely understood to be a carcinogen, meaning a substance that can cause cancer. While the U.S. Environmental Protection Agency website says that Chromium-6 “may be a human carcinogen if ingested,” a study by the National Toxicology Program found that drinking water with Chromium-6 caused cancer in laboratory rats and mice. The dangers associated with Chromium-6 were portrayed in the 2000 film Erin Brockovich.

A: If you live in Northeast Ohio or Western Pennsylvania, there may be Chromium-6 is your tap water. But the question asked by many scientists and government officials is—what is the safe concentration of Chromium-6 in drinking water?

Q: What can I do about Chromium-6 in my tap water?

A: Chromium-6 tests are not within the normal scope of at-home water testing, but water professionals like those at Gordon Brothers can provide more in-depth testing and recommend filtration systems (QUESTION: Does this require special testing referrals instead?). If the water in your local public water systems have more than the U.S. EPA’S 100 ppb of any form of Chromium, by law, you must be notified. And remember, you can read about Chromium-six concentrations in your area using this interactive map. Keep in mind, however, that the testing conducted by government agencies and other groups do not include water from private wells, which is the primary source of drinking water for about one third of Americans.